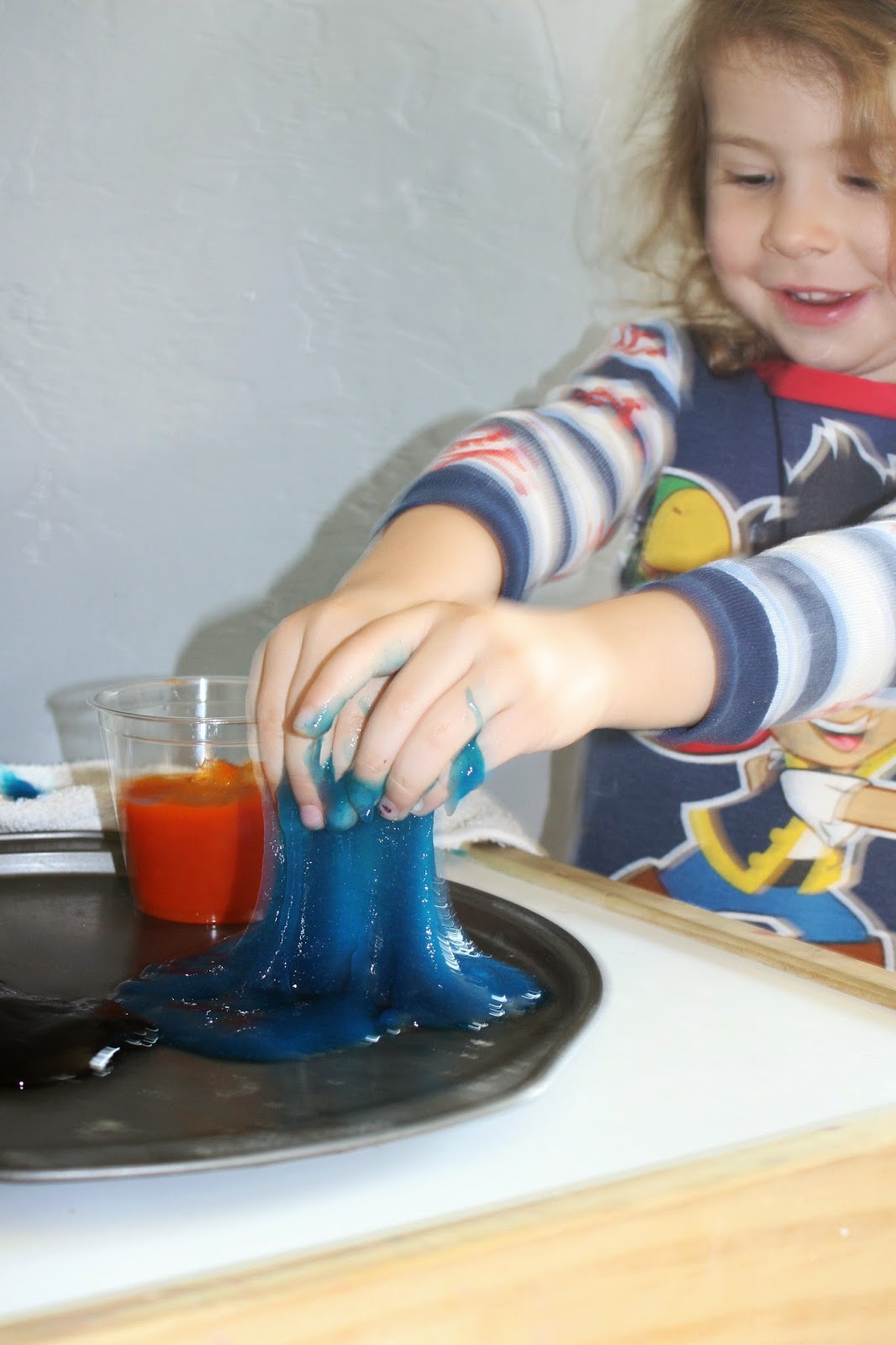 Oh, sweet creators of Pinterest, how I love thee! I don't pin every day, but when I'm on there, I can waste spend a lot of time. Perusing, clicking, drooling, oohing, eyes glazing over, smoke billowing out of my ears. All the ideas & pretty pictures are almost too much to take! Almost. On yet another one of my Pinterest binges I came across a gem of an idea to keep Lilly occupied while Violet napped: driving trucks through paint. It looked like SO. MUCH. FUN! But we only had one vehicle with tire tread, so it would end up not leaving behind any cool painted markings. I threw this idea into the back of my mind and went about my day. Then I found this recipe for Borax-free slime. My kids like to put things into their mouths so every time I saw a recipe for sensory play with borax filled slime I knew I couldn't do it. But this new recipe made me giddy. Slime without possible illness. Though, honestly, the shit that's in the Kool-Aid is probably worse than Borax. I digress.

The recipe calls for Metamucil. So, if the kids do eat any of it, they'll just be extra poopy and I can deal with that. I purchased the off-brand kind. Not sure if that had any relevance in how things turned out. The recipe was easy peasy: 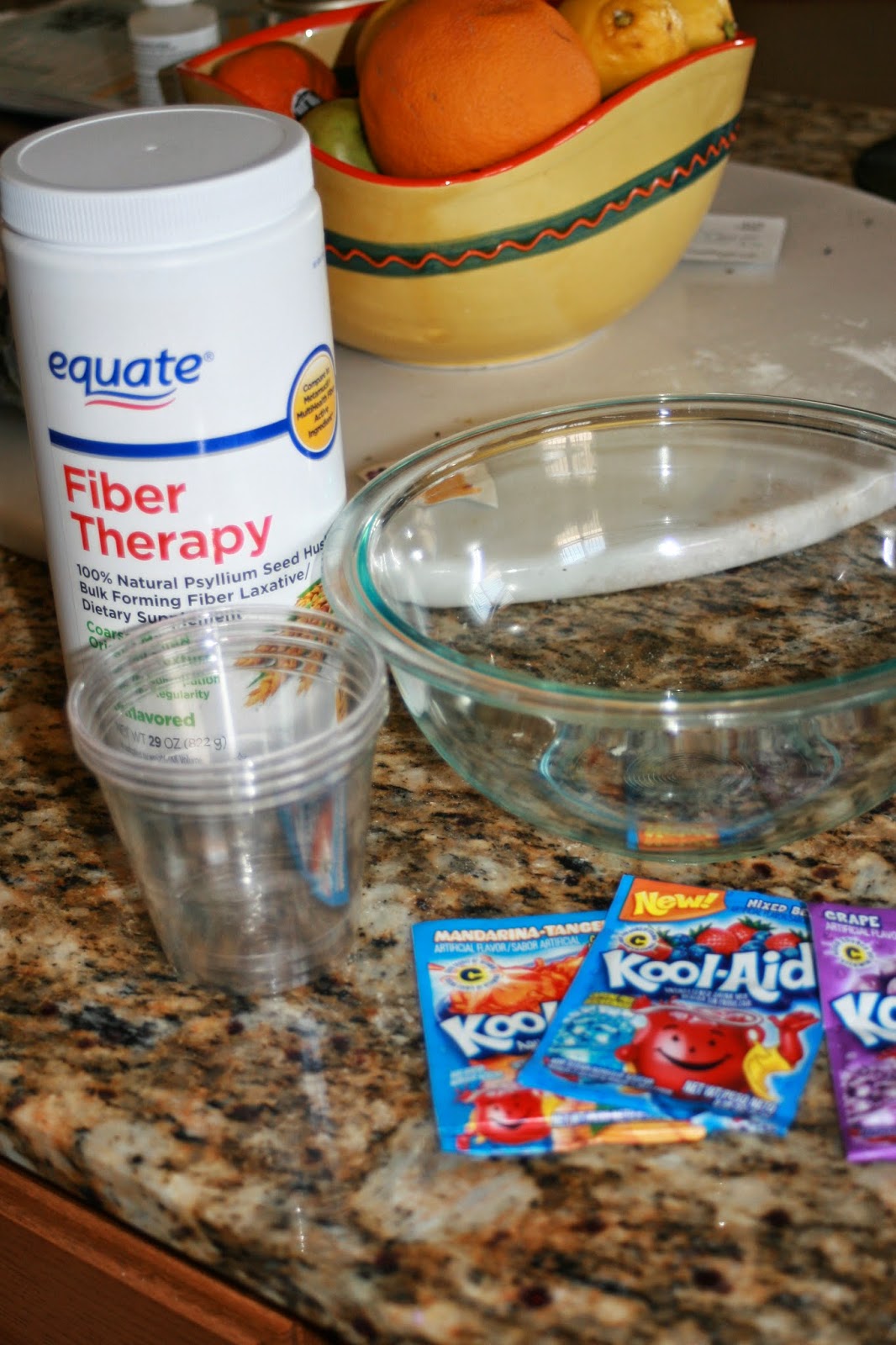 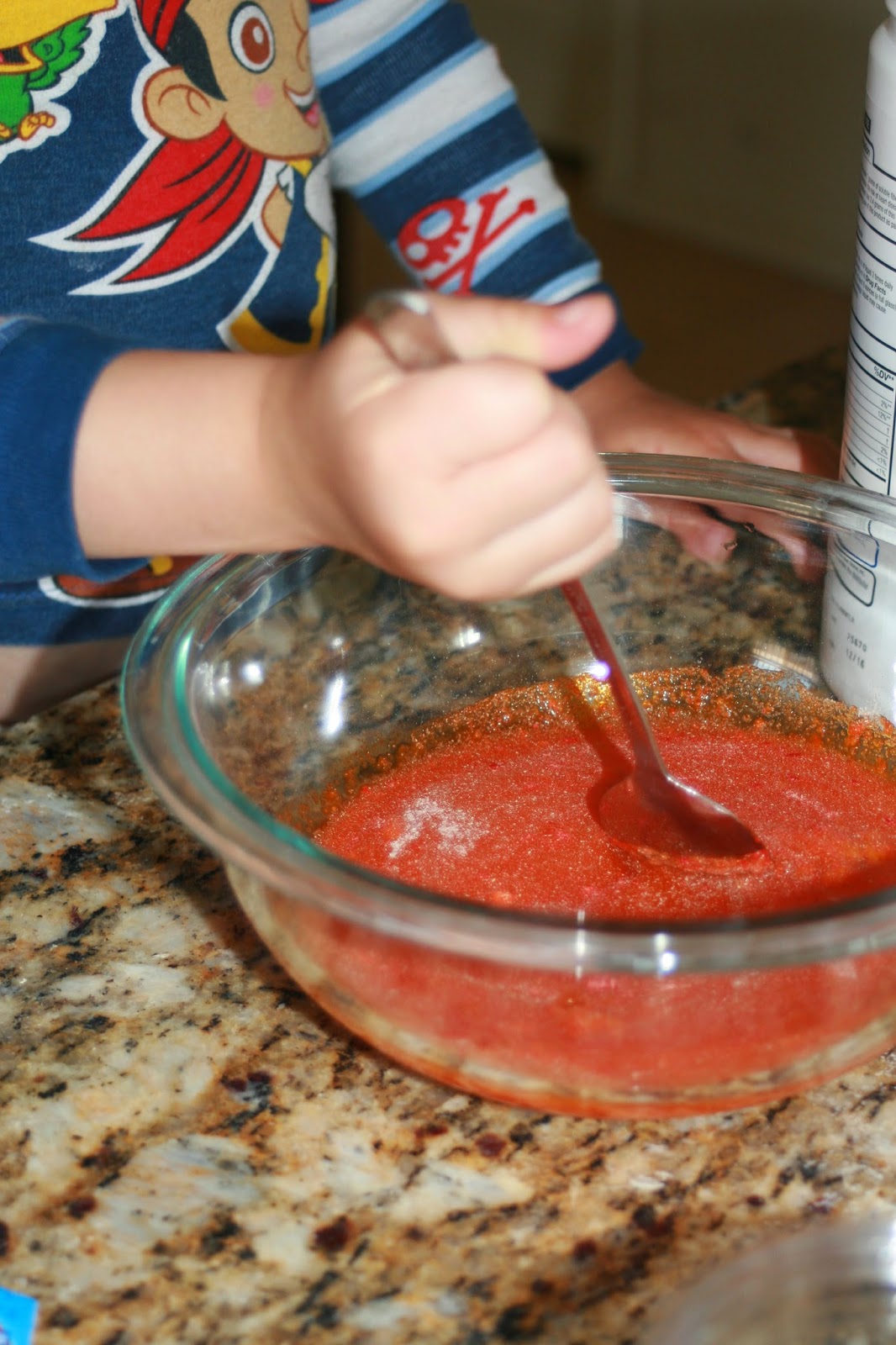 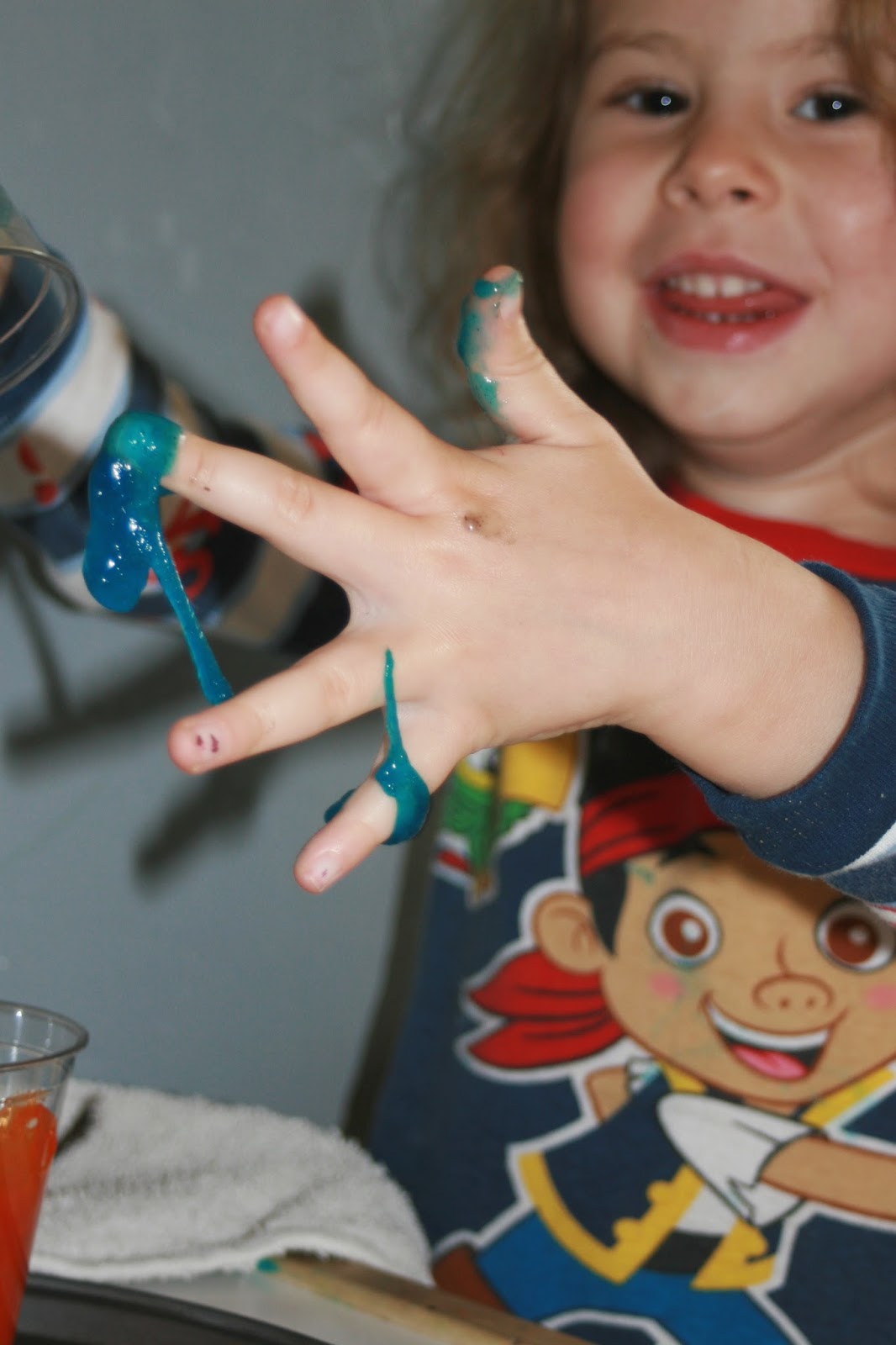 -Kool-Aid packets
-food coloring (which I did not use)

The Kool-Aid packets gave enough of a burst of color plus the slime emitted a delicious scent. I slightly hesitated at my choice once it was done, but Lilly never once tried to eat it. Phew;)

The recipe says to stir together the ingredients, zap in the microwave for 3-6minutes, let cool and then play! The first color I made was orange. I lost count of how many time I had to put it in the microwave. It never really fully earned a slime worthy title. It was more akin to yogurt: thick, but not stretchy & pliable. "If I just bought a whole container of this fiber shit for no reason, I'm gonna be pissed" I thought. Next, I made purple and blue. They both turned out the perfect slime consistency.
﻿﻿﻿

Let the playing commence!  She poked it, she pulled it, she mixed it. The orange color stained her hands some, I'm guessing because it wasn't quite "slime". I remembered the monster truck painting idea, so in came a couple of her trucks & cars. That lasted about 5 minutes (aaah the attention span of a 3year old:) Then she grabbed her toy horse & dinosaur Roxy. Oh, those poor creatures. It looked like they were swimming in tar after all the colors blended together in one big goopy mess. But it was Oh so fun! I was cleaning dried slime off them for a week. Next time I'll use primary colors and let her see what happens when you mix them together.