Upon searching for some fun things to do with the girls, I stumbled upon this blog about sensory play with water beads. And I was all like, "what the heck are water beads?". They looked fun, sounded fun, so off I went to the store to find some. They come in this itty bitty bag and individually are barely the size of a pen tip. But once you add water, they grow and grow! I think Jeff & I had just as much fun playing with them and watching in awe as they soaked up water. *Big kids over here!** 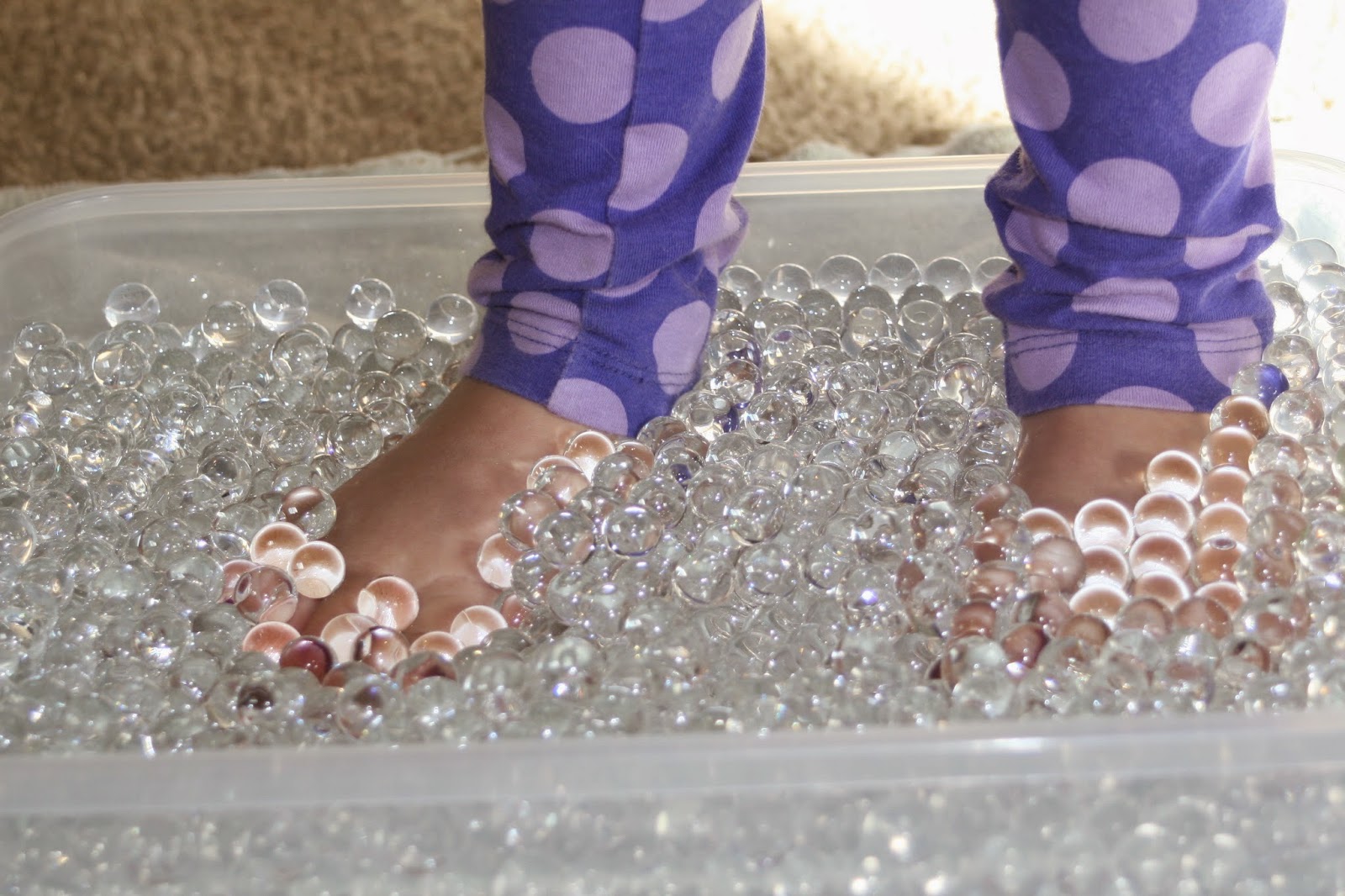 I marked a line on the pitcher so Lilly could see where the water beads started and then a couple hours later we went back to take a gander and the beads were MUCH bigger and MUCH higher in the pitcher. She was amazed!

After they were done "growing" and I spent no less than 10 minutes plunging my hand into the pitcher, Ooohing & Aaahhing at how neat they felt (squishy, not slimy, just...interesting), I decided to pour them into a rectangular container wide enough for the kids to stand in. OMG did you know those little water beads, once plumped up with water, become bouncy?! As they poured into the container, they ricocheted off one another and bounced all over my kitchen as I laughed and dropped the F bomb numerously. Thankfully V was taking a nap and L was entertained with a movie so there was no one in my way, no one to hear Momma's potty mouth, and no one to eat the freaking beads. Did I mention they were clear ones? I guess I should've opted for the colored ones because they would have been easier to find. Since the pouring method didn't work too well, I opted for a half pour, half scoop and guide into the container method. That worked. Next up...fun!

I set the container on the floor and Lilly stepped into it. Bounce bounce bounce. Dammit! A bunch of the beads jumped out of the container as Lilly squealed with delight. Again, not okay with a toddler that likes to put everything and anything into her mouth. So I decided to place a towel under the bin in hopes that this would help me to see the beads as well as to deter them from going elsewhere in the living room. 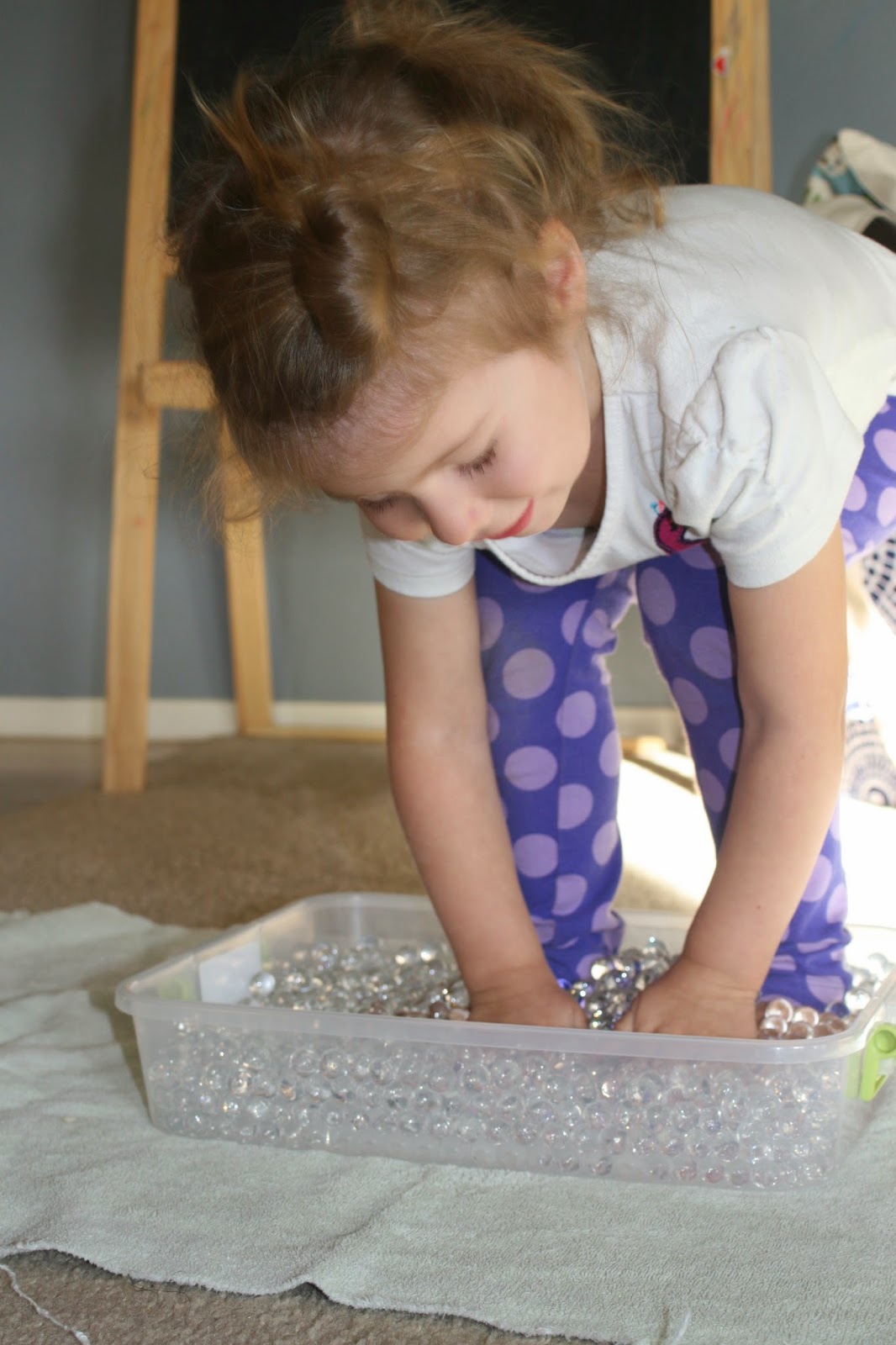 By then, Violet was awake and trying to dive into the container. I placed her feet into it and she was so ecstatic that she started moving her feet around and there were beads EVERYWHERE! Moment of freak out for me as I simultaneously scoured the room for random beads while keeping one eye glued to Violet. Phew! Got all the beads up, no one tried to eat them, everyone was alive and eager to play in spite of Mom acting like a spaz. Now what?

Lightbulb! I placed the beads into a cooler and we headed outside. The cooler was deep enough to not worry about the beads bouncing out and both girls could stand in it together. They had soooo much fun using their feet, their hands, sitting in it, trying to grip them with toes. It was all fun and fine until Violet repeatedly raised her hands toward her mouth, beads clutched tightly in her little hands. After a few times of that occurring I called it quits and took her out. But not without her throwing a fit. I can't say I blame her for being upset that she couldn't play in the beads because they're seriously a blast! We let Lilly play in them again but because I was so nervous about beads getting out of the cooler I decided to let them dry up and we tossed them:( 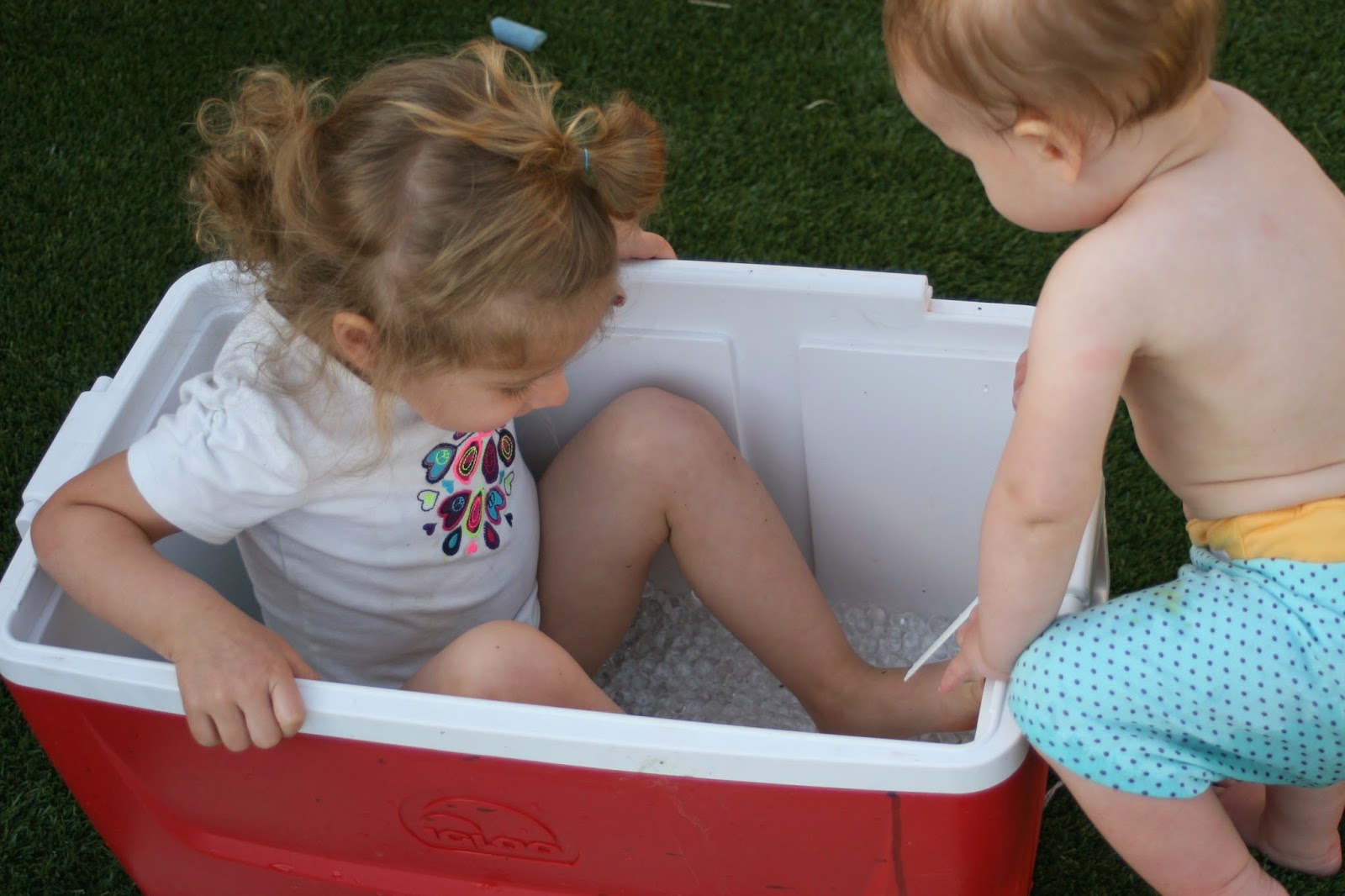 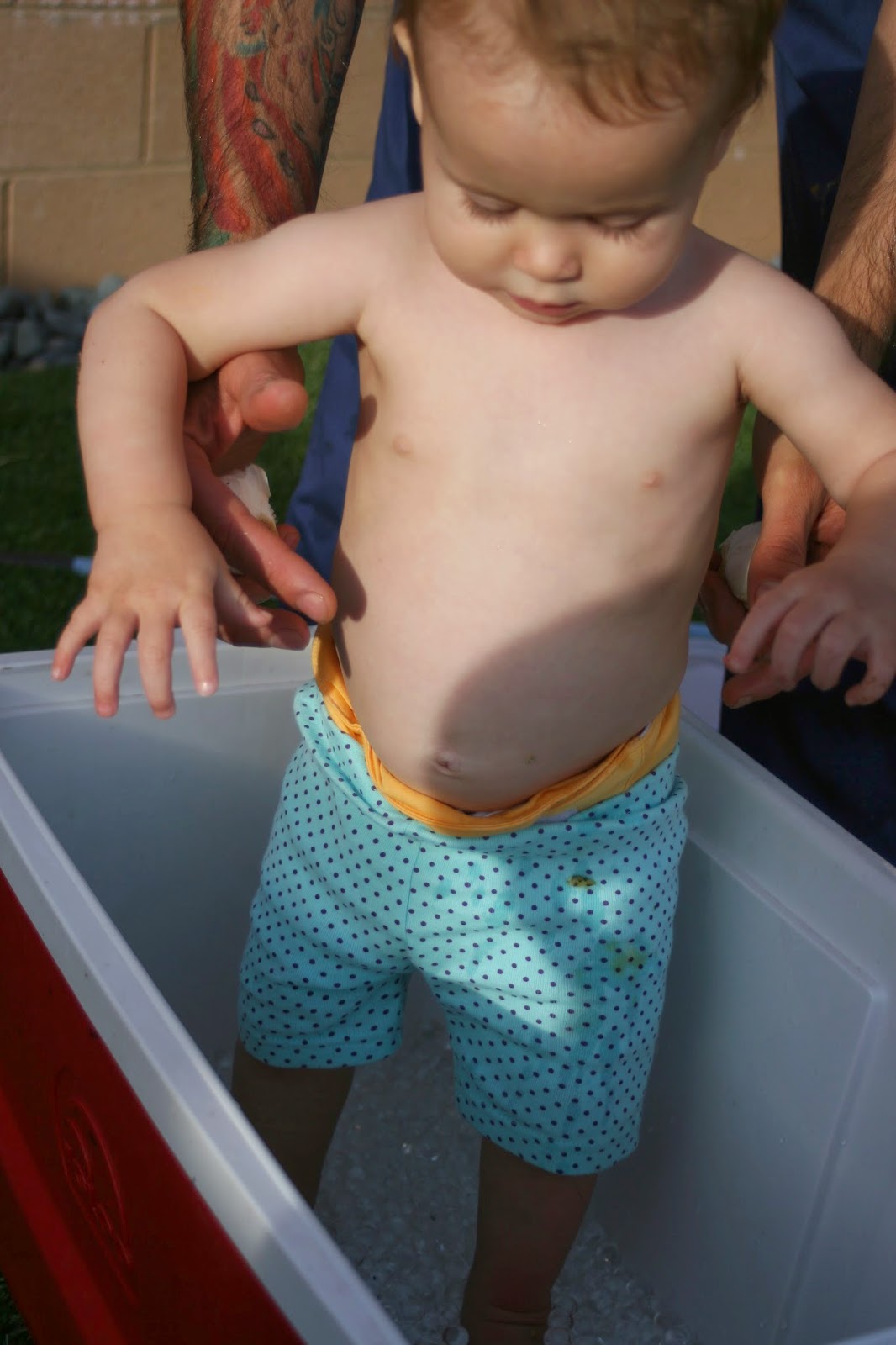 Once Violet is no longer in the eat-everything-phase, then we'll attempt water bead play again:) They're too awesome to not re-visit.
Posted by amy rae at 13:38