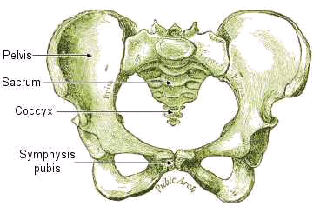 This pregnancy has most definitely been different from the last. I would venture to say that I believe pregnancy to be easy & mostly enjoyable, but maybe i'm slightly a masochist. I mean, I've had countless bouts of heartburn-enough fire flaring up my esophagus any dragon would be envious. I had copious amounts of morning/day/anytime sickness in my 1st trimester, none of which amounted to actual vomit leaving my body. But damn did I wish it had sometimes so I would feel a relief. My ankles have once again done a magical disappearing act and have become one with my calves (kankles anyone?). Don't even get me started on the hemorrhoids (worse than last time). Yes, plural! And now, here I lay wide awake at 3am, awoken by our dog who was startled by mother nature & barked at the winter storm that is now pelting rain drops on our windows. As I listen to the desert rain-a sound I always love and despite the early hour, am happy to be hearing-I feel as though a hot knife is poking into the front of my pubic bone. Damn! It's gonna be one of those nights again:/
I've been banished from the bedroom and have been forced to set up a new makeshift bed on the couch, amidst a mountain of pillows. I hate it. Loathe. But I can no longer sleep in bed. I can't wince through the excruciating pain of laying on my side, no matter how many pillows I have propped, squeezed & squished in to support me. There is just too much pelvic pain. So here I lay, on my back, in some variation of an almost sitting/reclined position. Did I mention I hate this?
I felt this pain last pregnancy but never mentioned it because I thought it was the norm. Thankfully, it wasn't very frequent last time. But this time!? This time I felt it again and again. It hurt to put on undies & pants. Great. Then it hurt to get out of the car, bed, couch. Ugh. But when the incessant ache radiating from my pelvis started waking me up night after night I knew something was wrong. I needn't even move to have the pain. It was there with me laying motionless. Fantastic! So, off to the midwife I went to find out what the hell was going on.
And as I suspected (because I did some searching of the infinite knowledge on the interwebs before seeing the midwife), I am suffering from SPD; better known as Symphysis Pubic Dysfunction or what I like to call Slow Painful Death. The ligament that normally stabilizes my pelvic bones is too damn loosey goosey and instead of doing its job, it's not. Instead, when I walk, move my legs in a lateral motion, or just freakin LAY STILL, my joints are all slip sliding around and causing me great pain and discomfort. Which is why I'm now temporarily bound to the couch for the next month (it should go away after the baby is born). I also started wearing this most sexy of accessories better known as a hip girdle. It's been helping to kind of hold things in place. I've also been rubbing Arnica Oil over the area, become more aware of my movements, apply heat, take Tylenol before bed & overall have been trying to take it easy. As easy as I can whilst still chasing around & playing with a toddler. Jeff has been amazingly supportive too in his efforts to help me feel more comfortable. I've been extra bitchy/whiney come bed time. Err, couch time? But he is there, steadfast and true, ready to prop me up with pillows, warm up the heat pack, bring me Tylenol & even rub my head or feet to relax me into sleep mode. I couldn't do this without him.
Despite these few "problems" I still love being pregnant. The baby must know what I'm thinking because he/she is dancing around as I type this. Hey kid! You're giving me a wee bit of a hard time! I hope this is not a premonition. Maybe I can start a new trend of saying "pain in the pelvis" instead of "pain in the ass".