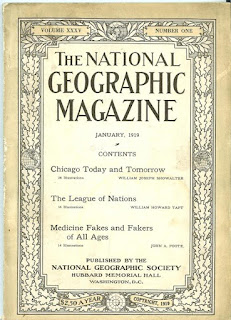 I was in Phx hanging out with my mom last weekend and we stumbled upon a used book store. This place was going out of business. Fortunately it wasn't due to the huge stores like Barnes & Noble. The young guy at the front desk said the owners wanted to retire and decided to close the doors. I wish I had gone into the store before! Everything was 60% off. EVERYTHING! We easily spent a couple of hours in there, perusing the endless selections of old & newer books, all while listening to a vast collection of The Beatles:) There was this huge stack of National Geographic Magazines. I could have easily spent hours looking at all of them and even more money, but I chose just a few that really caught my attention and made me all giddy inside. The oldest one I purchased was from January 1919. It had a story about Chicago and how extraordinary and cutting edge the city was. Here's a few snipits from the magazine. Also, a few ads that I thought were nifty. Just imagine what people will think when they read magazines from 2008, in about a century.
check out the Chicago skyline! if you've never been there, google what the skyline looks like now! 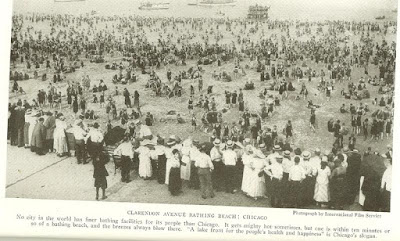 I can't even imagine being able to buy a car, let alone a brand new car for under 2 grand. what do you think that equates to in today's world? 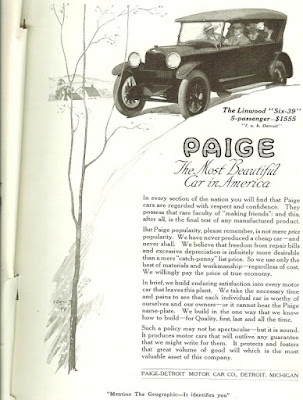 i saved the best for last;) see what Listerine was used for in 1919. it wasnt just your ordinary mouthwash. that shit burns my mouth, i couldnt imagine putting it anywhere near my vag as they recommend doing. eeks!